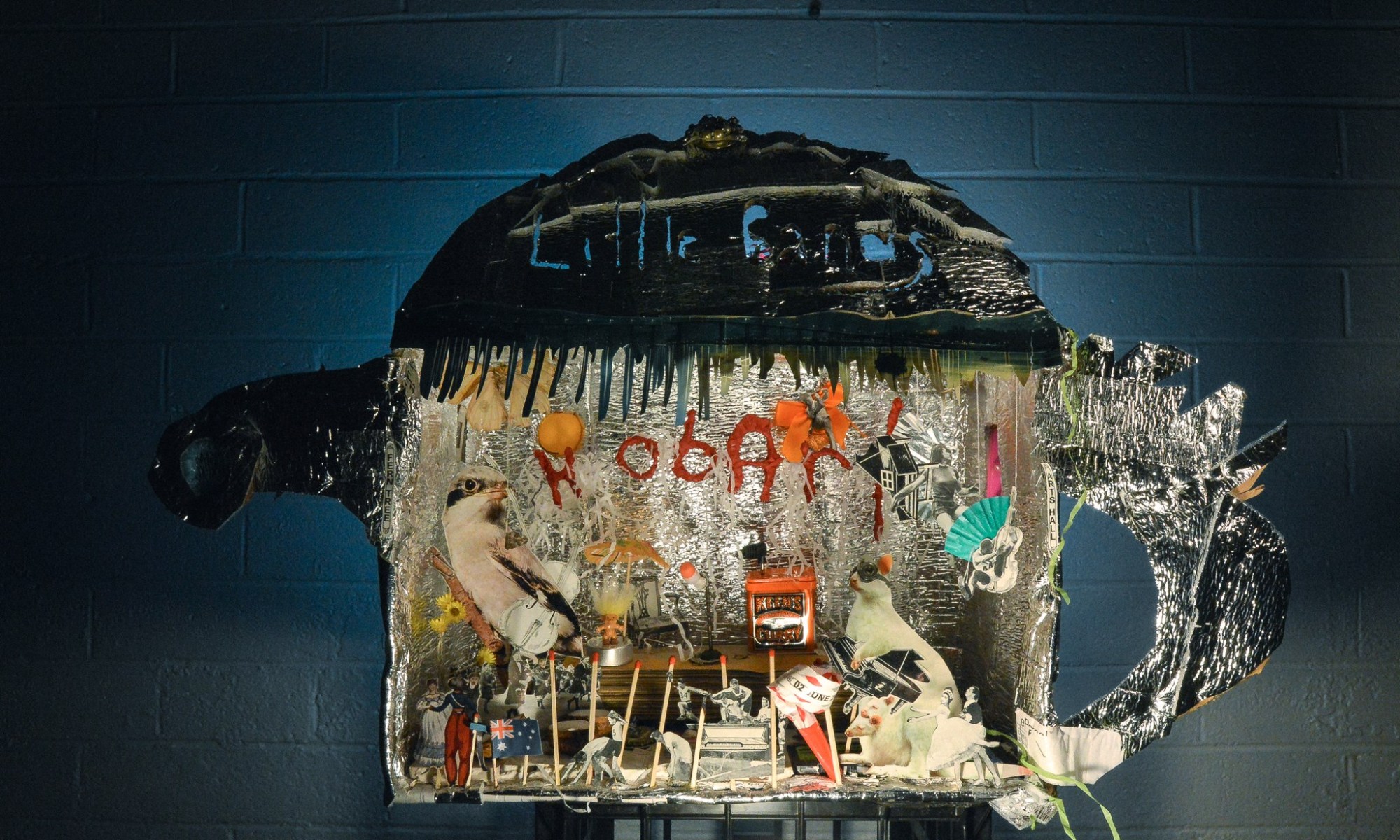 About a month before Dark Mofo turns Hobart into a particularly good Melbourne club night, one of the biggest local music events of the year takes place on an overcast Saturday in Fern Tree, an often overlooked pit-stop suburb on the way up Mount Wellington.

I know it’s not really fair to compare Hobart’s flourishing independent art and music scene to Dark Mofo, because their audiences and aims are so different. Dark Mofo asks ‘are you cool enough to buy into this?’ It asks its audience to stand in long lines in the rain, to risk hearing damage and epileptic fits, to spend hundreds of dollars to possibly have an ‘experience’. It brings Tasmania’s natural sinister undercurrent, its brutal past and uneasy present, to the forefront. It pushes boundaries and makes people uncomfortable. It also employs thousands of people in a state with chronic under employment and gets many local businesses through the long dead winter.

But for fifty weeks of the year, the Hobart vibe is much different. I moved from Brisbane in January, and although every scene has its shitty people, for the last six months I’ve seen a community that’s supportive and community orientated, focussed on making people feel safe and comfortable. A small, protective scene of friends, or at least people who can stand to be in the same room with one another, get together once every couple of weeks when a good gig’s on. One of the best of these gigs is Little Bands, and taking place at The Fern Tree Arts Hall, it typifies all the best of what the Hobart music scene is.

The Arts Hall used to be a school, and is now an arts space/share house that puts on occasional shows. Almost every band in town practices there—it costs $10 for four hours and the money keeps the place going. It’s a big wooden hall on kunanyi (Mt Wellington), complete with tiny toilet cubicles and a basketball hoop. There’s a child-like excitement and openness—bright, messy paintings, decorations made from toilet rolls, and old CDs strung up haphazardly. It’s a ‘venue’ without any of the inherent grossness or the undercurrent danger of big-city live music venues. This gig is different to any I’ve ever been to.

The rules of Hobart Little Bands are simple; it has to be your band’s first ever show, and you can only play for 15 minutes. This rule is crucial—20+ brand new bands in one day could be excruciating, but you can stand 15 minutes of just about everything. Even if it’s an old guy whacking a tom and talking about how rock and roll is shit (or… something), or a bunch of teens who think they’re playing post-rock, or possibly some kind of jazz, but are actually playing nothing at all. The format encourages spontaneity and experimentation: it’s a completely non-judgmental place for anyone who ever thought they might like to start a band, or at least give it a go.

Pimozide Friends do classic rock and roll with just drums and guitar, a country-tinged punk for sweethearts, and are one of the big surprises of the day, jumping in last minute to replace an absent band. Meanwhile the grind fans in the audience (and there’s always a couple) get what they want in Smug Anime Face: very tight, very fast drums, screaming, violent voice recordings played between songs etc. For fifteen minutes it’s plenty of fun.

Purple Smith play one of those sets you always wish you’re gonna see at something like this but rarely do. Drum machine, vocals and saxophone, all making perfect sense—dark, bass, heavy and sexy, vocal lines that make every breath ‘woah’. They play towards the end of a very long day of drinking and band-watching, but after their set everyone is energised again. This is what we came to see, something that feels once-in-a-lifetime special.

By far the most impressive and surprising thing about little bands is this; it runs on time. Dozens of bands play on two stages, using gear that’s been thrashed within an inch of its life in the practice room. Punk boys from Launceston smash an amp and another is magicked out of nowhere. Strings snap, leads break, synths just refuse to work, and everything is cheerfully patched up and working again with minimum fuss. Even the most technically challenging set—where a band called Tired? Droopy Eyes? Speed Kills! attempt to ‘play a car’ (using a radio to pick up electronic frequencies from the transmission), over a rambling kind of spoken word, feedback and synth—basically works.

Everyone pitches in, from the BBQ to gathering fire wood to tech stuff, but the driving forces behind this whole thing are Arts Hall residents and musicians Georgia Lucy and Callum Cusick. Callum does sound for every single set (except for the one or two bands he jumps in to play with), making an imperfect PA in a huge hall sound miraculously listenable. Georgia is a whirlwind of totally stoked energy, sprinting around with leads, dragging in people reluctant to leave the smokers, and pumping every band up after their set, demanding them to play again. This well-oiled environment allows for very sweet moments like a dog walking on ‘stage’ (there is no stage) in the middle of the Chestnuts’ prettily droning set of synth and percussion. Or when a haphazard 6-10 piece band is formed around the fire to play as ‘vacant slot’, filling a spare 15 minutes not already occupied.

Depending on who you ask, or who you are, now’s either the best or worst time to be in Hobart. Watching spectacular winter sunsets over pretty colonial houses on the hills of the trendy suburbs, it’s easy to forget there are people living in the showgrounds because there’s just no vacant houses. Families with jobs, but just nowhere to live. People without jobs kicked off Centrelink because they can’t get on the internet. There’s not enough builders or materials or money in the whole state to build enough ugly apartment blocks and subdivisions to cram everyone in before winter. Rents get raised as quick as legally possible, houses that were purchased for 50 grand ten years ago sell for half a million. Investors buy up half a dozen houses to turn around and Airbnb them out to visitors. Cruise ships dump boatloads of pollution into the jewel-blue harbour and tourists shop at overpriced markets.

You understand why people get scared about Hobart getting bigger, that it could lose this thing, this feeling of innocence and community. I was trying the whole day to work out why this event felt so different to anything that I’d ever been to in Brisbane or Melbourne, and then later why it stood out as a pure point of light during the hectically anxiety-inducing two weeks of Dark Mofo. Maybe because it did feel so fleeting and fragile—a single great day in a city that’s changing so quickly. Maybe cuz it was just such good fun.

Madeleine Laing is a casual chef, bookseller and writer and a full-time overthinker. She grew up in Brisbane and now lives in Hobart. She has a food instagram; @itfoob which is less insufferable than most other food instagrams.

Top image: Little Bands poster by Georgia Lucy. All other images thanks to Madeleine Laing.